Grounded in successful achievements in greening operations in Japan, since 2011 Takino Filter technology has been proactively applied to preserving the natural environment overseas.

In 2012, after surveys were conducted, ODA was enacted in cooperation with Indonesia's Water Resources Development Agency.

Indonesia is frequently subject to earthquakes, floods, volcanic eruptions and other large-scale natural disasters, while at the same time suffers from deforestation due to large-scale exploitation of the country’s natural resources. Although the nation has demonstrated remarkable economic development, it has been necessary to enact political measures to enforce preservation of resources alongside improvement in infrastructure.

At the same time, investment in the ability to cope with disaster prevention and environmental remediation has been made in the form of applying human resources and technological solutions in line with the nation’s needs.

Takino Filters provide the core technology by which to deal with disaster prevention and environmental remediation in the face of devastated areas caused by torrential rains, flood damage and volcanic eruptions. Takino Filter growing mat and seed bag technology, with its proven ability of soil conservation and greening, has been surveyed as part of overseas development assistance (ODA) by Japan’s Ministry of Foreign Affairs as well as the Japan International Cooperation Agency (JICA).

With the goal of preventing soil erosion and regeneration of a devastated area in the vicinity of Mt. Batur in Bali, greening and soil conservation was made possible by air drop.

Support for the effort was provided by Japan’s Ministry of Foreign Affairs and the Japan International Cooperation Agency (JICA), backed up byYamaguchi University in Japan and Udayana University in Bali, which shares a joint scientific agreement.

Seed bags have the ability to maintain fertile soil and promote early stages of forestation. Such results have been evident in Indonesia. 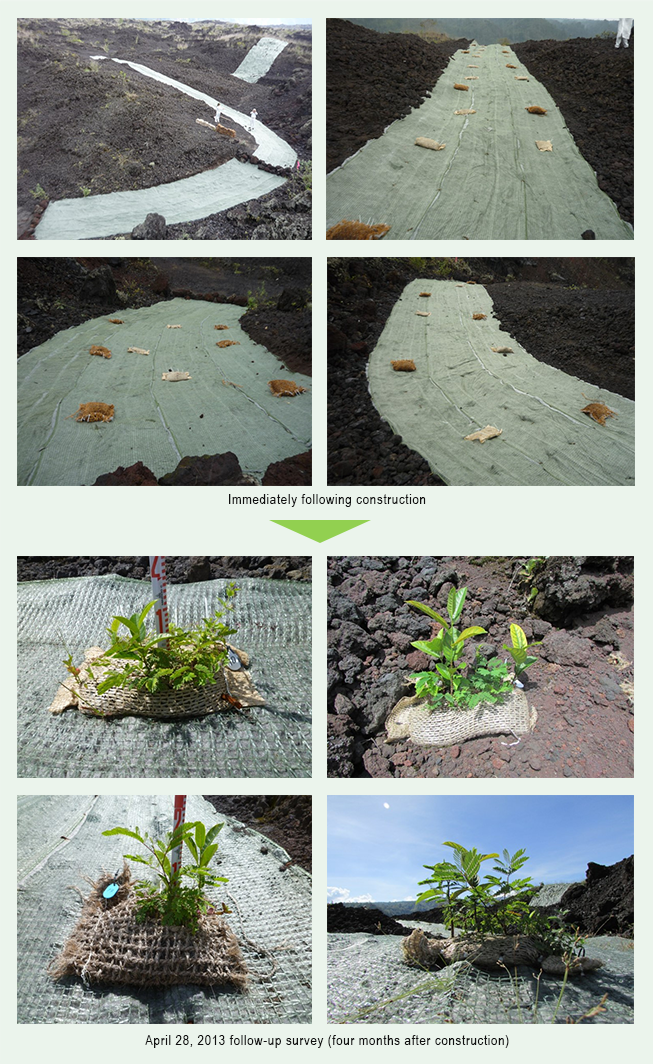